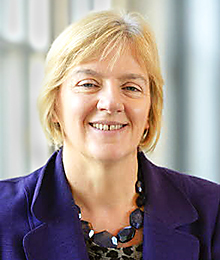 Linda also co-Chairs the body in the European Parliament which is responsible for EU Election Observation and Democracy support (DEG). In the previous parliamentary term, Linda led for the Socialists on the Environment, Food Safety and Public Health Committee. She was parliament's lead negotiator (rapporteur) on the Tobacco Products Directive, one of the most significant pieces of legislation of the last Parliament which introduced changes to make smoking less attractive to young people. She was also rapporteur on Pharmacovigilance law (medicines safety) and negotiated for the Socialist and Democrat Group on EU climate change legislation.

Linda founded and chairs the Fairtrade Group in the European Parliament, has a special interest in neurological disorders and is a member of MEP groups combatting cancer and heart disease. She also has a longstanding interest in economic regeneration and support for industrial regions, coming from her background in coalfield communities.

Professional background: Linda is a linguist by training which took her to Brussels in 1984 for her first job as a translator, before moving on to work in a range of organisations as a policy officer and press officer.  In 1991, she moved back to the UK to take up a position as European officer in the Barnsley based Coalfield Communities Campaign (CCC). There she joined a small team which had successfully lobbied for EU funding for coalfield areas after the devastating mine closures following the 1984/5 miners’ strike.The work involved battles with the then Tory government to get them to pass on EU funds to local areas as well as other work in defence of jobs in the mines.She later moved to work on economic regeneration for Barnsley Council before being elected as an MEP in a by election in 1998.

Personal background: Linda was born and brought up in Bradford as the sixth of nine children. After leaving St Joseph's College secondary school, she did a degree in Interpreting /Translating at Heriot Watt University Edinburgh. She also has an MA in International Relations from the Universite Libre de Bruxelles. She now lives in Sheffield with her husband Paul Blomfield, the MP for Sheffield Central since 2010.

Political life: Linda joined the Labour Party in 1980, was active in local and student politics holding a number of positions before being elected in 1998. She is a member of UNISON and UNITE union. She is also a member of the Cooperative Party and Vice President of the Labour Campaign for International Development.

Linda in the EU Linda is the Labour Member of the European Parliament (MEP) for Yorkshire and North Lincolnshire. If you have a problem with an issue relating to EU law, Linda and her staff can offer advice and may be able to help. Read more about how Linda can help you >